One mans perpetual headache in the land of data centre automation 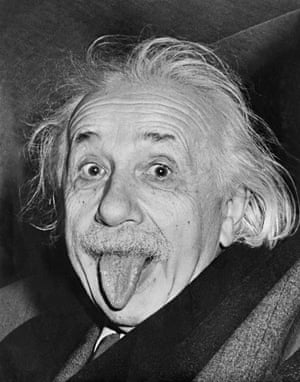 I wonder if any of the thoughts I have are unique. Are the majority of my thoughts derivative; influenced by what I consume from other sources? Originality, wit, wisdom and intelligence are traits most of us admire in others and aspire to ourselves. But in this age of social media, viral memes and streaming media we are no longer competing with our circle of friends or the blokes down the pub, we are competing with the entire planet.

Every time I do something, anything, I'm often overwhelmed by a feeling of inadequacy and hopelessness. In the past what you did and what you had managed to achieve would be evaluated in the context of your own previous attempts and those of friends and family. You might be the best cook in your family. You might be the best bloke in the pub at DIY or car maintenance, or the person with the funniest jokes. You might be the best out of your group of friends at computer programming or football or singing. Now however, between a combination of TV and later the Internet we've been conditioned to expect the very best of everything and to compare ourselves and our efforts against the rest of the entire human race. Humanity's best and brightest in all disciplines are able to be beamed directly into your eyeballs via TV shows, movies, Youtube, Twitter, Reddit, Facebook and a whole host of other multi-media social platforms 24×7.

Charlie Brooker covers many elements of this in his series "How TV Ruined Your Life". In the episode "How TV Ruined Aspiration" on the topic of home cooking Brooker says, "Food is another apirational touchstone. It's not good enough to simply heat up a pie anymore, no today you're supposed to be some kind of gastronomic show pony with a signature dish of your own." TV has spent years selling us aspirations that make us feel just about dissatisfied enough with lives and our looks that we will go looking for the fix. Usually the fix is conveniently being sold on interest free credit.

The ubiquity of smart phones and the evolution of social networks and the Internet has only exacerbated this problem. Most people below a certain age spend very little, if any time away from their phones. I would argue that for anyone under the age of about 40, your smart phone or tablet is usually within 1 meter of you. If you were to forget it and leave it at home while out you would feel very uneasy like you'd forgotten to put on trousers.

It might sound like I'm just being grumpy or jealous that I can't shred through Canon in D like some 10 year old Korean kid on Youtube. While that is true, it doesn't mean the affects of the media we consume aren't harmful. I'm just about old enough to not care too much or to dwell on my shortcoming when I compare myself with the worlds greatest chefs, computer scientists and racing drivers, but I really fear for the young.

Those who have grown up with this being normal; who haven't known any different. To be able to and almost encouraged to constantly compare yourself against an algorithmically curated list of the most beautiful and popular, the most successful, the most talented filling up your social media feeds. While some content can be considered inspirational and it will indeed inspire some people, I suspect the vast majority of this content serves only to breed apathy and insecurity. Why try to do something when there are thousands of people who are already way better at it than you'll ever be?

We should as a society always celebrate the worthy achievements of others, but when those achievements are so easily distorted, distributed and monetised for commercial gain at the expense of peoples well being, we have a real problem. Is it any wonder the WHO cites mental health and neurological disorders among the leading causes of ill-health and disability worldwide?

This site uses Akismet to reduce spam. Learn how your comment data is processed.

Theme by Anders Norén — Up ↑